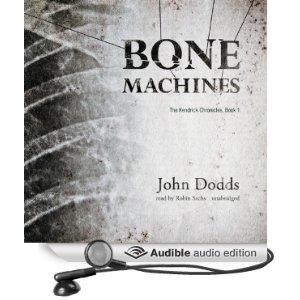 You can listen to a sample of the audiobook version of Bone Machines, right now on Amazon. Robin Sachs has done an incredible job with the performance with my book. The cover art is great, also. I do hope you will give it a listen. Even better – buy a copy, and tell your friends!

And for details of the follow up novel, Kali’s Kiss, check out Blackstone Audio. Blackstone also has freebies from time to time when you sign up to their newsletter. Some great stuff has been available recently.

Change of plan…this will now be the cover for the first volume in my YA steampunk series, The Mechanikals. The other image (last post) will be volume 2: Apprentice’s War. Of course, meantime I will be seeking a publisher or representation for the books, so the final art may change. Unless I go down the self publishing route. In any case, I gather the images are going to be appearing in an embroidery magazine in the USA, thanks to Jane Watson, who did the great steampunk stiching! I’ll post a link once the mag is out. Oh, and if anyone’s wondering about the title, it’s from A Midsummer Night’s Dream, Shakespeare’s “rude mechanicals”. Though there is nothing “rude” in the modern sense of the word in my books, though of course The Bard meant “rough and ready” or “earthy”, which might be more apposite for my trilogy’s heroes. Here’s a verse from the play, referring to Titania, queen of the fairies:

While she was in her dull and sleeping hour,
A crew of patches, rude mechanicals,
That work for bread upon Athenian stalls,
Were met together to rehearse a play
Intended for great Theseus’ nuptial day.

Possibly the world’s first embroidered book jacket. My talented friend, Jane Watson created this amazing embroidered image for the first book jacket idea for my forthcoming YA steampunk book, The Mechanikals. I will show you all some more of her designs later. She takes commissions, by the way, and recently did some incredible steampunk wedding favour bags. Comments on the image appreciated. Wedding favor bags are not just for weddings. Jane has over 70,000 designs to suit all themes and schemes for your wedding, anniversary, party, engagement or baby shower. A unique design can easily be made for you. She undertakes commissions. All she need is your idea and a little information about the design you want to have and she can make some mock ups and go from there. Steampunk wedding, or something more conventional….Jane can handle it. You’ll find her Facebook page here. 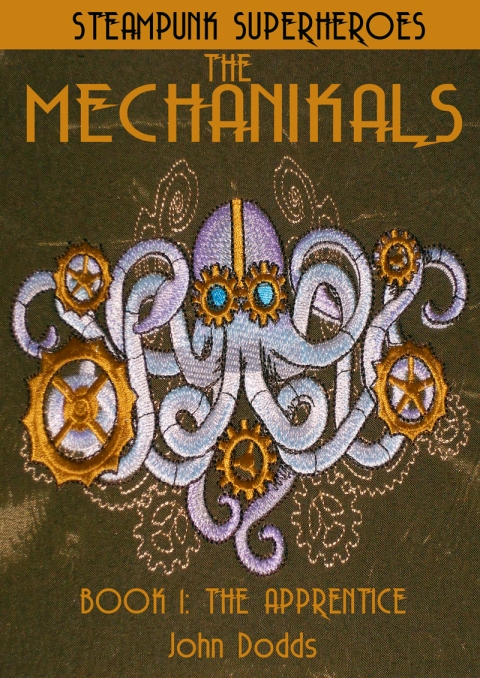 I’ve made my short story anthology, Dr North’s Wound and Other Stories free until 31 July 2012. It’s all part of the sitewide promotion by Smashwords. I hope you will pick up a copy and consider giving it a review and star rating.