Every so often a musician comes along and takes you completely by surprise. In a music industry dominated by clones (this singer sounds a bit like that singer, that band is a new version of that other band that was famous last year), it’s always a pleasure to know that there are still originals out there. With Australian singer-songwriter Rachel Collis, comparisons have rightly been drawn with Kate Bush, but I’d throw into the mix, of all people, Cole Porter. Except that there is no one else quite like Rachel Collis – and she isn’t really like anyone else, either.

Rachel is not only a wonderful singer and pianist but she has a terrific facility for witty, moving, funny, clever lyrics and melody which can take you through a range of different emotions even in the course of a single song.

I recently had the opportunity to interview her, and urge you all to check out her excellent albums, which I can’t recommend highly enough.

John: How did you first get into music, and what were your early inspirations?

Rachel: I started learning piano at age 5. I did well in my exams and even won some competitions, but it was really in the context of singing church music that I first became truly inspired by music. I went to a religious school, and every week we had these incredibly dynamic chapel services where the whole school would sing in four parts. We sang everything from old hymns, to negro spirituals, to contemporary Christian songs.

When I was 11 I was given my first pop cassette tape – Amy Grant, Heart in Motion. That was when I began listening to the radio. I listened to practically every style of music and loved it all, but over time it was the singer/songwriters who stuck with me – Amy Grant, Sheryl Crow, Sarah McLachlan. I was also greatly inspired by those before my time – Carole King, Joni Mitchell, Kate Bush, Simon and Garfunkel.

John: Apart from the school experiences, have you performed in other contexts prior to becoming a solo artist?

Rachel: Music’s been a big part of my life from an early age, so I was always performing in some context or another.As a younger adult I played for musicals, and accompanied many singers for their performances. Immediately prior to pursuing a solo career I was playing in a Salsa Band, a jazz big band, and some smaller combos, and performing gigs around Sydney. For the past ten years I’ve also sung in a semi-professional chamber choir that performs traditional music.

John: What brought you around to writing your own songs? And can you remember the first one you ever wrote?

Rachel: I wrote prolifically as a teenager. (In fact, I remember writing an absolutely terrible song at school in music class which the music teacher then took and arranged in 4 parts for the whole school to perform!) Unfortunately I didn’t really have anyone to mentor or encourage me, nor did I have anywhere to perform my songs, so I gave up for many years, despite my dream being to be a professional songwriter.

Many years later in 2011 I back to university to do post-graduate study. I started out in piano performance, but the people around me just seemed to ask the write questions, and soon I reconnected with my dream of being a songwriter, transferred to the composition course, and began writing songs again.

John: What’s your process? Lyrics first, then music or visa versa? And do you compose to the piano or some other way, like in your head, and writing down the notation?

Rachel: In general I tend to start with a lyrical idea. Sometimes I will flesh out the entire lyric first, sometimes I’ll start working on musical motifs while I’m still fleshing out the lyric. I find it easier to write music to fit lyrics, rather than the other way around, although I do sometimes force myself to work the other way around just for variety. I used to always write music at the piano, but it’s so easy to fall into the same old patterns. Now I try writing melody without referencing any instrument at all. I find that frees me up quite a bit.

John: One thing that strikes me about some of your songs is their tremendous wit, and sensibility of real life as it’s lived. I can be laughing one minute and be shedding a tear the next. In one of your albums, Ever After, for example, you have a suite of what I’d call realistic love songs, with unlikely people getting together, and reflections on people who are made for each other (in spite of the farting in bed – I love the song For Steve with that line in it – it made me laugh and shed a tear). How did the material evolve for you, and do you see each album as a concept or grouped around a theme?

Rachel: The first album, Ever After, followed close on the heals on a one-woman show called The Art of Letting Go. The show had a lot of humour in it and was somewhat of a deconstruction of many of the fairytale notions surrounding love and marriage. Those themes tend to weave the songs on the album together.

When I started writing for Nightlight I had no particular them in mind. I was simply writing songs. However, in mid 2013 I found working on a song called Winter in Munich and knew somehow that this song would define the entire flavour of the album to come. So I took my photographer out to a town in the Blue Mountains called Mt. Wilson where the trees shed their leaves in winter and we took the cover shot for the album. From then on my writing for the album took on quite a melancholy flavour.

John: I hear in your music bits of jazz, Tin Pan Alley and classical ballads and so on. I have compared you to Cole Porter, justifiably. Where would you place yourself on the musical spectrum and what influences you now?

Rachel: To be honest, I don’t think I sound too much like my influences. I love listening to songwriters, particularly those form the country genre – Kasey Chambers, Sheryl Crow, Vince Gill, Darius Rucker. I love the honest storytelling of the country genre. But because of my classical training, and my experience playing jazz and theatre music, I think those styles have crept in. Also, I’m very much a city girl – Sydney born and raised, so I don’t think I could pull off country!

John:  Some people compare you to Kate Bush, which I can see in terms of your uniqueness and the general vibe of your music. For UK audiences I would also cite someone like Kate Nash, another unique writer and performer. What are your feelings about originality in the music industry at this point, at a time when “more of the same” seems to be the norm?

Rachel: I used to view my uniqueness as a curse. Many people tell me I don’t sound like anyone else. And as a young woman I never really got the opportunity to sing because of that. My voice just didn’t fit neatly into any genre, and when I first started performing I was repeatedly rejected by music venues. In fact, I was even told sometimes that I wasn’t a real “songwriter” because songwriters wore flanelette shirts and jeans and strummed guitars. But I persisted because I knew that so many of the people I admired were not flanelette-wearing strummers, and they did not have the kind of voice that would win on X-Factor of The Voice. I’m thinking of the truly unique – Kate Bush, Regina Spektor, Tori Amos. I found myself craving the original, the subtle, the unique, and realised that if that’s what I wanted to listen to, maybe there were people out there who would appreciate my music for the same reasons. And slowly the situation turned around as I found myself my own niche audience.

John:  Aside from changing your name by deed poll to Kate, what are your aspirations at this point? And what’s next for you?

Rachel: I’m hoping to record again in 2016. I’ve been slowly working on songs. In fact, I’ve even had the offical photo shoot for the album already! I’m also focussing at the moment on direct-to-fan digital marketing and having some success with that as it allows me to put my music directly in front of people who don’t want “more of the same”. I hope to continue expanding that next year and to market my music in Europe.

SOME OFFERS FROM RACHEL

TWO FREE SONGS!
If you would like to sign up for 2 of my latest songs for FREE, go to www.rachelcollismusic.com

SPECIAL CHRISTMAS DEAL
I’m also offering a special Christmas deal at the moment. I will send your loved one a digital copy of my album Nightlight, plus my exclusive EP The B Side, plus a personalised video message where I wish them happy Christmas. I will send it to their email address on Christmas morning, so when they wake up there is a special email there waiting for them! All for just US$9.95 All you have to do is buy here, then email me at rachel@rachelcollismusic.com with the name and email address of the person you would like me to send the album to, and any message you would like me to read to them in the video. Simple! But orders need to be in by this Friday, December 18.

When I listened to Under a Banner’s free sampler, I felt I was hearing shades of The Smiths intermingled with Fairport Convention, The Saw Doctors and an indefinable other thing. In any case, I’m hooked by the music – which can be plangent or pumping, to suit different moods. I absolutely want to see them live.

The band, well known for their catchy and lyrical folkish rock anthems, have recently moved their sound into heavier territories.

From the opening notes of the celtic-tinged Magic is Real to the Deep Purple-esque Leaving Here to the pumped up Foo-ish reinterpretation of fan favourite Summer Skies, every song is delivered with a drive, gusto and energy that is built for the live setting.

Get the sampler here. Better yet, go ahead an buy their albums.

My singer-songwriter friend, Jonathan Taylor, whom I interviewed on the blog a while back, is reviving the radio station he originally produced in England. While Radio GB is principally aimed at people from the UK now living in Bulgaria, there will certainly be plenty of good stuff on the show to appeal to a much wider audience.

You can catch the pilot episode on youtube right now, or just click on the play button on the embedded video.

Resting up from writing for a day or two, I’ve picked the cobwebs off the guitar. Really want to try more songwriting, but here’s my effort on a song I love, by Green Day, called, Good Riddance “Time of Your Life”. And, no, that is NOT me in the photograph. 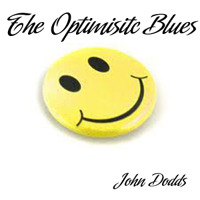 Having just completed the first draft of the third novel in my Kendrick Chronicles series, Babylon Slide, I took some chill out time to record a song I wrote a few months back. It’s on youtube and soundcloud. Hope you’ll consider giving it a listen,  and sharing it. Comments welcome, too, of course.